All you need to know about Premises Licence Applications..

In order to sell alcohol to the public, whether from a pub, a shop, a restaurant or even online, you will need a premises licence. This is a legal requirement and without a premises licence in place you will be breaking the law and could face prosecution.

Here at Innpacked our aim is to guide you through the application process to ensure that your premises licence suits your business needs.

Innpacked has been around for 20 years now and over the years we have been asked lots and lots of questions about premises licences and how to apply for them.
Below is a selection of these questions which we hope you will find helpful but if your question is not answered below, then please contact us and we will be happy to help. In fact it will help us as we can add your question and answer to our list.

We also have other FAQ pages on the site to answer your questions regarding APLH courses, Personal Licence Applications, and Selling on Amazon.

What is a Premises?

A premises is defined for the purpose of the Licensing Act as ‘any place and includes a vehicle, vessel or moveable structure’.

What is a Premises Licence?

A premises licence is a licence that is granted by a Local Licensing Authority for a specified premises or location which authorises the holder to carry out some or all the following licensable activities:

This requirement will apply regardless of whether your customers will be consuming the alcohol on the premises where it was supplied to them, or off the premises. Drinks with a strength of less than 0.5 per cent alcohol by volume (ABV) can be sold without a licence. Any sales direct to customers will require the seller to obtain a licence. Mail, telephone and internet orders must also be fulfilled from licensed premises.

For selling or supplying hot food or hot drinks between 11pm and 5am.

A licence is required if you are providing a performance of a play, to entertain an audience, if the play is open to the public, or if you are hoping to make a profit from admission fees. (No licence will be required for performances between 8am and 11pm if the audience consists of no more than 500 people)

An indoor sporting event is defined as a display, demonstration or match involving any competitive sport or similar physical activity, which takes place in front of an audience in an enclosed venue.
(Again, you will not need a licence if the event takes place between 8am and 11pm, and the audience consists of less than 1,000 people)

Boxing, wrestling, combined fighting styles, such as mixed martial arts (MMA) or cage fights intended to entertain an audience, will require a licence
(Again, you will not need a licence if the event takes place between 8am and 11pm, and the audience consists of less than 1,000 people)

A licence is required if the performances of dance has been arranged as part of an entertainment event including dedicated performances of ballet, latin, ballroom dancing, or street dance, and dancers in bars or nightclubs who are contracted to perform
(Performances of dance will be exempt from licensing if they take place in front of an audience with no more than 500 members, between 8am and 11pm)

What is Late Night Refreshment?

These are any premises serving hot food and hot drinks between the hours of 11pm and 5am including take-aways and restaurants. This could include a burger van which is sited on a particular pitch.

Are there any exemptions to the licensable activities that do not require a licence?

Yes, they are as follows:

Why do I need a Premises Licence?

A premises licence is required when you offer or provide one or more of the following three licensable activities: the sale of alcohol, the provision of regulated entertainment, the provision of late night refreshment. A premises licence, or a club premises certificate, is a permanent licence granted under the 2003 Licensing Act for a specific location, that authorises the holder to carry on any or all of the following licensable activities: the sale of alcohol. the supply of alcohol by a club to its members and guests.

Do I need a Premises Licence to sell wholesale?

Not unless you supply to any member of the public

If I sell alcohol on Amazon, do I need a premises licence?

Yes you do. The premises where the alcohol is being dispatched from will require a premises licence. That includes a private dwelling if you are selling from home. Amazon also requires you to have a premises licence even if they are fufiilment of the order is completed by Amazon and the alcohol doesn’t come anywhere near your property. You can read more about selling on Amazon on our Amazon sales page.

Can I apply for a Premises Licence for my house?

Yes, you can. This type of application would generally be for online sales of alcohol. It would be very unusual but not impossible to have a premises licence granted that authorises customers to attend the premises.

Who are Premises Licence applications submitted to?

How do I apply for a Premises Licence?

To make a Premises Licence Application you have two choices.

You can allow Innpacked to complete the whole process (including personal licence training if required) on your behalf which is by far the quickest and easiest way. We work on a fixed rate. No hidden charges. No hourly rate. Your own consultant from start to finish. If you would like to discuss your requirements please give us a call on Free phone 08000 786 056 or use the call back form on the right of this page.

You can follow our guidelines on how to apply for a premises licence here.

How long does it take to get a Premises Licence?


What is a Cumulative Impact Area/Zone?

Cumulative Impact Zones are often put in place by Licensing authorities to control alcohol-related disorder in specific areas of a town containing a high density of licensed premises. In a cumulative impact zone, applications will generally be rejected unless it can be shown that granting the premises licence would not add to existing alcohol related problems.

What hours can I apply for to sell alcohol?

There are no predetermined hour within the Licensing Act 2003 but many local licensing authorities will have guidance  within their Licensing Policy which will advise what hours are more likely to be accepted based on local area requirements and what type of business that you are applying to licence.

Who can object to the grant of a Premises Licence?

Who are the relevant authorities who can object to the grant of a Premises Licence?

The below responsible authorities can make a representation regarding your application

What happens if my premises licence application attracts an objection?

Can I appeal if my application is refused?

If, following a hearing, your application is refused you can appeal to the Magistrate´s Court against the council´s decision within 21 days of being notified of the decision.

How much does a Premises Licence Application cost?

What other costs are involved in a Premises Licence Application

Newspaper advertising fees, plans, personal licence course and application, if you don’t already have one, printing, postage and photocopying.

Do I need to submit plans of my premises with my Premises Licence Application?

Yes. Your will find full details of what plans you need to provide in our Premises Licence Application guide .

What is contained within a completed premises licence application?

The completed application form for a premises licence must be accompanied by:

How long does a Premises Licence last?

Can you transfer a Premises Licence?

Yes. A Premises licence can be transferred to another licence holder but not to another premises.


How do you transfer a Premises Licence?

What obligations do I have as a Premises Licence Holder?

Once you are a premises licence all of the below obligations must be fulfilled.
• The licence (or a certified copy) must be kept on the premises and available for inspection at all times by any police constable or person authorised by the council.
• The licence summary (Part B must be prominently displayed, at the premises,
• If your Premises Licence is lost, stolen or destroyed you must notify the council and apply for a copy of the licence.
• If you wish to surrender your licence you must inform the council.
• If you wish to make any changes to your designated premises supervisor, operating hours, activities, conditions and any alteration to the premises you must apply apply to the council for a variation of your premises licence.
• Any change of name or address must be disclosed to the council.
• You must apply to the council if you wish to transfer the licence to someone else.
• Pay an annual fee due on the anniversary of the grant date of your licence.

What do I do if I lose my premises licence or it gets stolen?

You must write to the licensing authority who issued the licence to inform them off the loss as soon as possible.

How many personal licence holders are required for a premises licence?

Apart from the designated premises supervisor who must hold a personal licence, this is a decision for each individual premises licence holder. That said, from a “due diligence” perspective it is advisable to have at least two or more. This will allow greater flexibility in fulfilling the requirement for every alcohol sale to be made or authorised by a personal licence holder. It also means that if a DPS leaves at short notice they can be replaced immediately because the premises licence cannot be operated legally without a DPS.

More details on changing the DPS.

Not found the answer to your question? Let us know and we’ll come right back to you 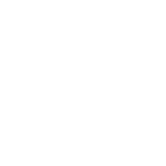